The foundation of Brahe Djäknar was laid in 1937 when a few musically inclined students of Åbo Akademi University managed conductor John Rosas to join their ranks in forming a choir. The name Brahe Djäknar means disciples of Brahe. Count Per Brahe was the founder of the first Finnish university, The Royal Academy, which he founded in Turku in the year 1640.

The choir was led by its passionate leader Rosas until 1955, when he resigned. Rosas was succeeed by Gottfrid "Gotti" Gräsbeck, who stayed in the position for over 30 years. Gräsbeck also started conducting the female choir Florakören at the same time, laying the groundwork for closer collaboration between the two choirs in the coming years. In 1956 Florakören was invited to join Brahe Djäknar's traditional advent concert in Turku Cathedral for the first time, starting a tradition that lives on to this day. The choir achieved many milestones under Gräsbeck's lead, for example moving into new quarters in Turku's Sibelius Museum, winnig a choir competition arranged by the Lund's student choir in 1969, performing Carl Orff's Carmina Burana, third plaec in BBC:s international choir competition in 1978 and many other things.

After a career of over three decades, Gräsbeck retired, handing over the reins to former Brahe Djäknar singer Ulf Långbacka in 1991. Långbacka also succeeded Gräsbeck as lector of music at Åbo Akademi University and conductor of Florakören. Apart from two short breaks, Långbacka still conducts the choir to this day, leading the singers to new challenges and new heights. In 2010 he composed the opera Henrik och Häxhammaren, and Brahe Djäknar played an important role in performing it as part of the festivities when Turku was the European Capital of Culture in 2011. 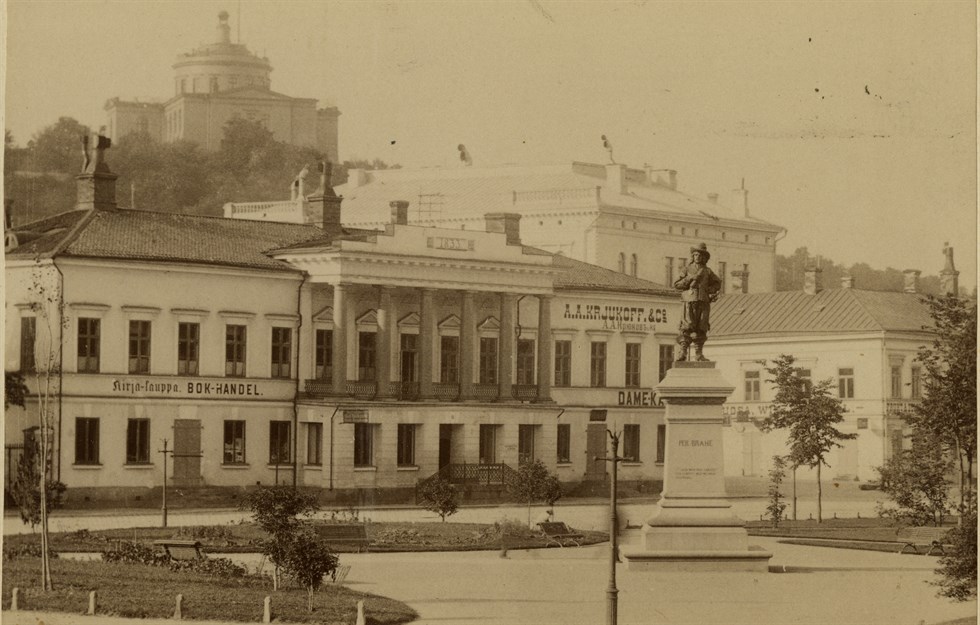